Hi, I’m Barb W., founder of VegRules. I began my veg journey in February 2011 after taking the Peta challenge to go vegetarian for a month. I had lost my Mom four months before, and I was heart-broken and spiritually lost. My mother was always a kind and loving being and I needed to honor her and figure out my core being by answering all the deep down curiosities I had filed away for someday.

I remember from a pretty young age I wanted to learn about not eating animals. My uncle was vegetarian and I was fascinated, but also very shy so I didn’t know how to figure it out on my own. Then, as a young adult, a co-worker was vegetarian and even though I was interested again, I just never took it further until I lost my Mother. I became a vegetarian for five years starting with the Peta challenge. In 2016, as I was taking classes in plant-based nutrition and became consciously aware of the history of the SAD (Standard American Diet) and the industries that propel it forward, I became an ethical vegan and have never looked back. I will always wish I had tried earlier but I am very grateful that I figured it out while I can still help others do the same.

As I continue learning about our food system and how best to nourish my body, I mostly eat a Plant-Based diet (no oil), though I do eat vegan and vegan junk food when I want to. Check out my first blog post to learn about the differences between vegan and plant based lifestyles.

Barb’s Plant Based and Vegan Certificates 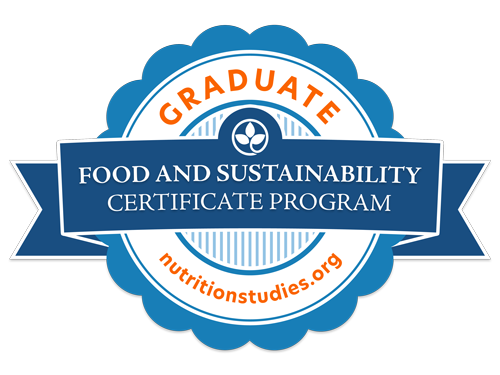 Barb’s Plant Based and Vegan Certificates

I understand the challenges that come with changing your diet from omni to vegetarian, to vegan to plant based. That’s the main reason I put  this site together, to help you to streamline your journey through this sometimes overwhelming, but amazing process. My other main reasons for building VegRules is to help and stop the harming of innocent animals, and sustaining our planet and health are also pretty great things to support. Whatever kind of vegan you choose to be, the benefits are all better than the all-around devastation the SAD causes.

The most loving thing you can do for your family is to stay healthy while leaving a smaller footprint so that a sustainable future is possible for everyone left here after us. Plant based information is provided here because eating for your best health is the most effective way to lower your risk for the many health issues we’ve come to accept as the normal aging process. A main, common element with family disease is the generational standard american diet (SAD), which is a key contributor to heart disease, diabetes and many other health issues. Lots of great information is provided throughout this site to help and support you in your new lifestyle of compassion and wellness.

We’re here to help anyone and everyone new to, struggling with or just staying current with vegan living. In the beginning it can be overwhelming and frustrating trying to figure it all out, and getting so many different views on what to do or what to eat or what to label yourself. Our goal is to help you to  find better ways to eat and shop for products that do not exploit animals for any purpose.

Our taste testers are mostly family, friends and co-workers all whom eat differently, many omni’s some vegans and vegetarians. They are open to the vegan lifestyle and and eat for various reasons such as health or fitness, some just for taste, some in-between health and junk-food. The variety of tasters, recipe makers and shoppers let us know which products and recipes help their transition to a vegan diet based on individual time, taste and budget.

Thanks so much for checking us out!